About Us: Meet the Team

Home About Us: Meet the Team

After failing to find a profession which united his childhood ambitions of being a pilot, archaeologist and zoologist, Jon began his career as a trader in a London-based investment firm.

He then went on to become a founding member of the TorFX team. As CEO Jon is responsible for overseeing the development and implementation of TorFX strategy as well as managing group projects including significant partnerships, acquisitions, overseas expansion and corporate strategy.

For Jon one of the most rewarding aspects of his work is helping to make decisions which both improve the business and benefit its staff.

When not working, Jon used to spend his spare time fishing and gliding. But since marrying and having children Jon is more likely to be found enjoying family time at home, cooking (with a glass of wine in hand), and running. 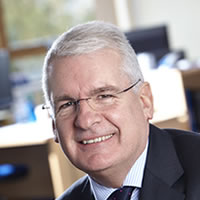 Keith spent nineteen years working in corporate banking and seven further years on and off-shore in the international payments arena before joining TorFX in 2011.

For the past fifteen years he has held leadership roles within the FX and payments industry, giving him the experience needed to direct the board and push for the achievement of the company’s strategic goals.

When he was younger Keith couldn’t decide whether to pursue a career as a farmer or a pilot. Only with hindsight did he realise he could have united these ambitions by becoming a crop sprayer.

Over the years Keith’s hobbies of paragliding and mountaineering have evolved into more sedate pursuits, like cycling, skiing and sailing. Neil joined TorFX in June 2017 as CFO. Neil leads the Finance, HR and compliance functions, as well as providing support to the Board and business across a range of activities, including tax, insurance and banking.

Neil has worked in a range of industries including FMCG, Leisure Retail and Housebuilding, having spent 10 years in listed-company CFO roles immediately prior to joining TorFX. Neil is a Fellow of the institute of Chartered Management Accountants.

Leo is responsible for the group’s IT development strategy, operational functions and also contributes to group strategy.

Bringing extensive experience from senior roles in a number of payments businesses including AMEX, the Post Office and Moneygram, Leo has a track record in delivering operational excellence.

Leo has a degree in Mathematics from Warwick University and an MBA from Harvard Business School.

Subscribe to updates to receive exchange rate news straight to your inbox.

Refer a friend and earn a $50 GiftPay Express Card.